MENU
Readying Arkansas for a lifetime of literacy
Donate 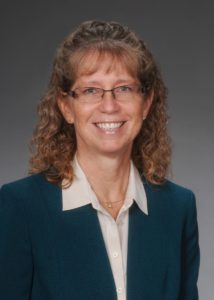 In October 2013 we welcomed Nancy Leonhardt as the new Executive Director at ALC. A native of California, Nancy has extensive non-profit experience, most recently serving as Administrative Director for Arkansas Advocates for Children and Families (AACF). Her other non-profit experience has been as Executive Director of the Arkansas Flower and Garden Show, Tree Streets, and The American Institute of Architects, Inland California Chapter. A member of West Little Rock Rotary Club, Nancy has served the club in numerous capacities, most recently as president. She also serves Rotary District 6150, which covers 41 clubs in the northeastern portion of the state, as a member of the Youth Exchange Committee and as District Trainer. Nancy has also served locally as president of the Little Rock Christian Academy PTF and Arkansas Festival Ballet.

Nancy graduated with a degree in Urban and Regional Planning from California Polytechnic University. While she intended to pursue a career in planning, after numerous years as a stay at home mom, she ventured into the nonprofit world and has since remained. Nancy has been married for over 30 years to Darrell and they have two adult children, Jason and Christy, and most recently a daughter-in-law, Shannon.

The commentary Literacy Still a Huge Problem by Bob Schroeder ran on NWAOnline on Monday, January 2, 2012. It is a great piece on the problem of illiteracy in Arkansas and throughout the United States.

Mr. Schroeder is the president of the Literacy Council of Benton County’s Board of Directors.

In the course of a 13-minute interview, Dewitt’s Toby Allen Lane uses the word “embarrassing” eight times to describe his life as an illiterate adult Arkansan.

Thanks to the Literacy Council of Arkansas County, he doesn’t have to be embarrassed anymore. Determined to build a better life for himself, Toby, 31, asked for help last November and was assigned a tutor, Terri Cooper, the daughter of the council’s longtime executive director, Eddye Kay Hansen.

Toby has made great strides thanks to Cooper’s patient tutelage, with a big assist coming from his supportive wife and Dean Robinson, the owner of the seed company where he works. Robinson wanted to give Toby, a hard-working laborer, a chance to be a manager. It’s been less than a year, and Toby is already reading at a middle school level.

“He has just changed immensely,” Cooper said. “When he first came in, he was very shy, very quiet. I really had to coax him into reading out loud because he was embarrassed, because he was struggling on every word. He started at a very, very low level. He just progressed greatly, which has a lot to do with his goals.”

How does a person grow to adulthood in the land of 13 years of free public education without learning to read? Many, perhaps most, nonreaders have a learning disability that makes all those lines and swirls and dots on a page as confusing as the internal combustion engine is to me.

Toby does not have a learning disability. Raised by two parents with limited reading skills, he quickly fell behind in school and never caught up. By mid-childhood he was using drugs, and he was out of school by the eighth grade. Jail followed.

We don’t know how many illiterate adult Arkansans there are. It’s a difficult population to find, let alone reach. People don’t volunteer that information to census-takers, and there are varying degrees of illiteracy. Many are too ashamed to seek help, and many are unmotivated once help is offered.

The Literacy Council of Arkansas County is associated with the Arkansas Literacy Councils, a network of 42 offices serving 62 counties. Adults who need help with their reading or English language skills are assigned one-on-one tutors, many of them volunteers. Much of the funding on a statewide level comes through the Arkansas Legislature.

I recently served two years as president of the Arkansas Literacy Councils’ board of directors, so I can tell you with some authority that Arkansas has made an inadequate commitment to ending adult illiteracy. ALC’s annual state appropriation is $675,000, an amount that has not been increased in decades. That money pays for three staff members in Little Rock with the rest of the funds disbursed throughout the state. As a cause, it’s not one that tugs at the heartstrings of donors. It serves poor adult Arkansans, not kids on crutches. It does not attempt to cure a disease all of us may face.

Compare that to the commitment Arkansas has made to public education from kindergarten through college. Funds for public schools in grades K-12 are almost uncuttable by order of the Supreme Court. Many councils receive no more money from state government to reach an entire county’s worth of adult nonreaders than is spent to educate a single public school student. Universities are awash in money compared to other state entities, although they would not admit it. The University of Arkansas in Fayetteville just announced it raised more than $121 million in private gifts last year.

All of that is great, I guess, but the state’s K-12 and higher education systems are largely designed to reach young Arkansans. Meanwhile, there remains a permanent underclass of adults who lack the basic skills they need to survive, much less thrive, in today’s economy. Toby is 31 years old. Before getting help, he had another 50 years of life expectancy in front of him but had fewer marketable job skills than many Third World laborers. The opportunity to improve his life was available to him. In 13 counties, it would not be.

The state could do better if it would admit it has a problem and then take steps to correct it. It has a good example to follow.

“I’ve learned a lot since I’ve been with them, and man, it is just amazing what you can do if you just try,” Toby said.

Steve Brawner is an independent journalist in Arkansas. His blog — Independent Arkansas — is linked at Arkansasnews.com. His e-mail address is [email protected].

Thank you for visiting the website of Adult Learning Alliance of Arkansas.

Larry is a student of the Clark County Literacy Council in Arkadelphia. He and his tutor meet twice a week to work on his reading and writing skills.

Each student of the council establishes goals to work towards. Larry’s goals include employment and receiving a driver’s license. Recently, due to his hard work and dedication, Larry took the driving test. Not only did he pass, the instructor gave him a compliment for only missing a few questions.